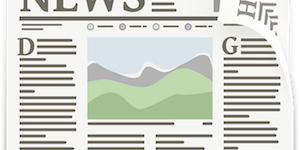 Laurel McHargue was delighted to earn a CIPA EVVY Merit Award this year for Waterwight Flux! She will have that book and others at this year’s MileHiCon in Denver October 19-21! See press release with more details here.

Helen Starbuck’s book The Mad Hatter’s Son won a CIPA EVVY Merit Award and received a 10 out of 10 review from the BookLife Prize. In addition she was interviewed by the Arvada Press about her book. The second book in the series No Pity In Death launches November 14, 2018.

D.X. Varos, Ltd. is pleased to announce the release of our debut novel, “The Inquisitor’s Niece” By Erika Rummel. This Historical Fiction is set in early 16th-century Spain, and follows the daring love story of Jewish Alfonso, a recent convert to Christianity, and Luisa, the niece of the Grand Inquisitor.

Stan Moore is pleased to release his latest historical novel, Mister Moffat’s Opus. This is the third in the series which tells of David Moffat and his railroad empire. Opus is set in the 1920’s, boom times for America but Colorado was focused on two goals: Recovering from a major flood and the construction of the Moffat railroad tunnel. Drilling the tunnel, a 6.2 mile bore under the continental divide, took from 1923-1928. Rockfall, floods, financial and planning snags slowed the effort. In the book, Mik Mas and Cam Braun work to build the tunnel. Along the way they stumble upon old adversaries with a ‘creative’ financing scheme. Mik and Cam try to find out about it. The historical novel genre gives the true flavor and events of the decade. The story is of Coloradans coming together to finance and build major projects. And then there are some are unexpected outcomes…. 232 pp. Adit & Stope Publishers. Ebook out now, hard copy available at your bookstore soon!

Campaign Finance Guides, LLC released A Penchant for Pensions, A Guide to Actuarial Valuations for Public Pension Funds on July 25th. Pam Feely co-wrote the book with Gabriel Roeder Smith’s Leslie Thompson. GRS’s chief actuary was impressed and stated no one had done anything like it before. Pamela R. Mathisen, CEBS, Executive Director of Adams County Retirement Board wrote the following:

“All jokes aside I found it to be valuable information. I should have had this years ago. …Great job making the actuarial valuations more understandable.”